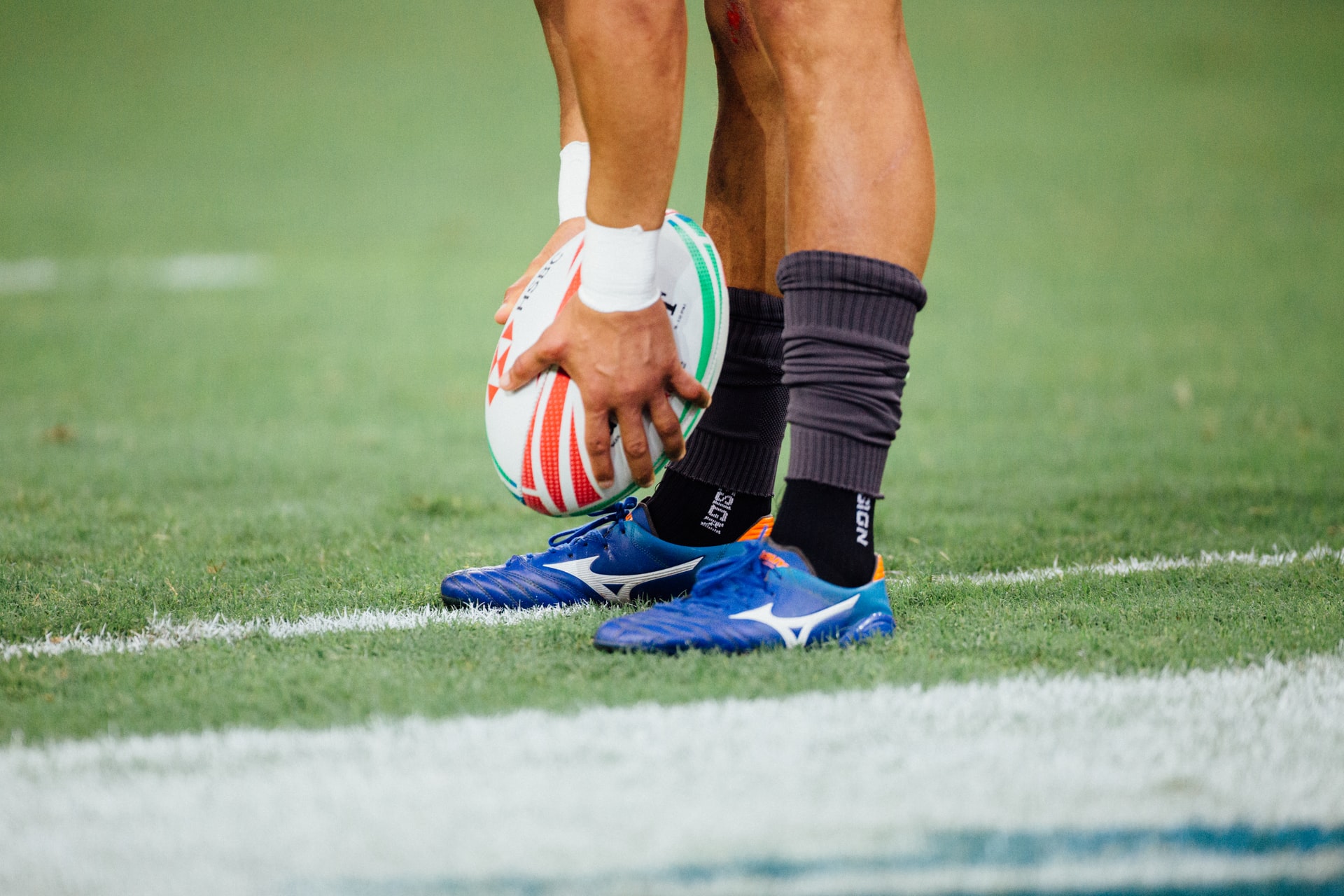 Springbok rugby projects itself as progress, but preserves the way things are in the popular consciousness of South Africans.

Amidst the COVID-19 pandemic, civil unrest, and a general malaise afflicting society, South Africa’s national rugby team is once again touted as the answer to uniting a “divided nation.” I put divided nation in scare quotes in the hope of drawing attention to the way in which South Africa and its complexities are often spoken and written about. Affectionately known as the Springboks, the South African men’s national rugby team has established itself as a key institution in imagining a united, non-racial South Africa.

The 1995 Rugby World Cup victory signaled one of the high points in showing the proverbial power of sport to unite a nation (or so we thought). President Nelson Mandela’s embrace of the Springbok jersey set the stage for what would become an international brand, with a clear message: “Stronger Together.” During Apartheid, the Springboks represented white supremacy and its legitimation by Mandela is a testament to its staying power. No other sporting team in South Africa has occupied a more dominant position in the national discourse than the Springboks.

Twenty six years after the 1995 Rugby World Cup victory, the Springboks are still seen as an integral component in South Africa’s nation-building efforts. We can cast the cultural and political role of the Springboks as signifiers of unity, nation-building, non-racialism, and social cohesion—terms synonymous with South Africa’s post-1994 lexicon. It is important, however, that we approach the issue of nationalism through politics and vice versa. Renowned intellectual, Professor Partha Chatterjee, in his book, Nationalist Thought and the Colonial World (1993), reminds us that the content of nationalist ideology and its claims about what is possible (and legitimate) gives politics its specific shape.

In as much as the discourse surrounding the Springboks seeks to foster social cohesion, it preserves the way things are—not materially but rather in the popular consciousness of South Africans. Idealized notions of unity, strength, and cohesion are premised on fragile claims, riddled with contradictions irreconcilable with the real, traumatic kernel that haunts our society. At a more pedestrian level, the display of banal and discursive nationalism serves two general functions: to remember and to forget. The first function—to remember—the glorious past of yesteryear, to remember a time of hope, when things “weren’t like this.” “To remember” also acts as a precursor for what is to come—to remember the vision and of Mandela’s dream and the pot of gold at the end of the Rainbow. Instead of a pot of gold, we are left with a steaming pile of shit.

To quote Slavoj Žižek, the second most popular Slovenian (after Melania Trump): “Here, we are already eating from the trashcan of ideology!” The second function—to forget—invites us to forget the traumatic kernel that haunts us, that incapacitates our ability to meaningfully participate in an imagined political community. The idea of forgetting invites us to revisit and forget our past as if the past ended in 1994, without acknowledging that the past is with us and continues to haunt us at every corner.

As the South African government continues to preside over austerity pushing citizens further into poverty and precarity, combined with the failure to fulfill its duties, it is difficult to be optimistic. Opinion-makers in business columns who write about the great potential of South Africa have not yet come to terms with reality of the situation. I would ask, great potential for whom? Certainly not for the large majority of people who have been reduced to what Giorgio Agamben calls “bare life.” In a similar vein, the idea of deferring to the Springboks whenever things get tough, shows the sheer poverty of the nation building project and its ability to critically reflect on the material conditions of society.

What use is an arbitrary discourse of nationalism in a country where the conditions are diametrically opposed to the very aims of such a discourse? It only serves to promote a fantasy-world that appeals to the sensibilities of those who have been enticed by its promises. This fantasy world is precisely in the realm of the imaginary—the realm wherein ideology resides. What ideology is extremely good at, is giving a false or altered representation of society and articulating it as “the way things are.” And so, the ideology of South African nationalism through the vector of its pride and joy, the Springboks, seeks to do just that—to present a singular version of South Africa, far-removed from its collective trauma.

When the volcano erupts

At times of crisis, we look to the Big Other, to our symbols and mythologies. We wave our flags, wear our colors, and invoke the past—all in the hope of bridging the gap that exists between what is and what ought to be. Unfortunately, this exercise, while short-lived, is doomed to fail for we are a country that thrives on what Lauren Berlant terms “cruel optimism.” Cruel optimism is a relation that exists when the object of one’s desire acts as an obstacle to achieving that desire. One’s own desire, in effect, negates itself. In the case of  Rainbow nationalism, it is the very idea of South Africa which acts as an obstacle by virtue of its own internal and unsettled contradictions. We could even include the hype around South Africa’s participation in the Tokyo Olympics. Our Olympians are equally expected to “bring back gold.” Sure, a gold medal or two is possible but what about the gold on the other side of the Rainbow? Totally impossible.­­­­

One need not look far for an example that illustrates what I am trying to convey. In and among the chaos, the British & Irish Lions tour of South Africa is currently underway, and it presents a perfect opportunity for the Springboks to demonstrate their capabilities in advancing their trademark brand of politics. In a SowetanLive article, dated 14 July 2021, assistant coach Mzwandile Stick is quoted as saying:­

If we get the opportunity as the Springboks team‚ we must put smiles on the faces of the people. Hopefully we can do that by getting the opportunity to play against the British and Irish Lions‚ and show people that if we work together we can achieve anything as a country and spread the positive energy amongst ourselves.

In Chasing the Sun, a documentary produced in the wake of South Africa’s triumph at the 2019 Rugby World Cup, the viewer is given behind-the-scenes access to workings of the close-knit twenty two-man squad. The documentary is riveting and full of passion, tears, sweat, beers, and profanity. The viewer is invited to voyeuristically observe the human side of men who enjoy running into each other at very high speeds in search of the try-line. But beneath this, one can identify the ideology of nation-building and its conduits. Coded into the documentary is the same narrative advanced by Stick in the quote above—that despite all that afflicts our beloved country, the Springboks will always find a way to win and unite the country, be it for a fleeting moment. The figure of Siyamthanda (Siya) Kolisi, the first Black captain of the Springboks, was something that the documentary cleverly exploited. The obsession with the politics of representation in our current moment could be seen in how Kolisi’s story was framed—from rags to riches, our Black Messiah has finally arrived!

One thing is certain: while some may oppose politics in sport, sport is and has always been political and its political content is open to contestation. Sport is one of the everyday practices that attest to the ubiquity of politics. “Chasing the Sun,” in all its glory, showed that the narrative surrounding the “magic” of Rainbow nationalism hasn’t evolved and is deeply out of touch with reality.­­

In the wake of destruction­­­­

As we reflect on the civil unrest of mid-July where at least 330 people have died, we need to realize that there is no messiah coming to fetch us. We may attempt to create messiahs, but they will never live up to our expectations. After all, human-beings are fallible. Rhetoric and ideology are losing their disciplining power and are proving less effective at pacifying a troubled country. The situation is abnormal (as succinctly argued by Mark Fredericks) and to subject people to outdated and poorly conceived sloganeering, again, shows the deep disconnect between the elites and the people.­­­­

The barrage of adverts and media campaigns can only induce temporary docility until the next eruption of violence. Instead of placing so much emphasis on a fatigued and narcissistic nation-building discourse, more attention ought to be placed on the material conditions of this country if we are to truly heal our gaping wounds.­­

The South African Council on Sport (SACOS), an organization that mobilized popular support in favor of sports boycotts against Apartheid South Africa, had a well-known saying: “No normal sport in an abnormal society.” Perhaps it is an opportune time to revisit the politics of SACOS as we search for an alternative, whatever that may be.