Freedom and the struggle for dignity in South Africa 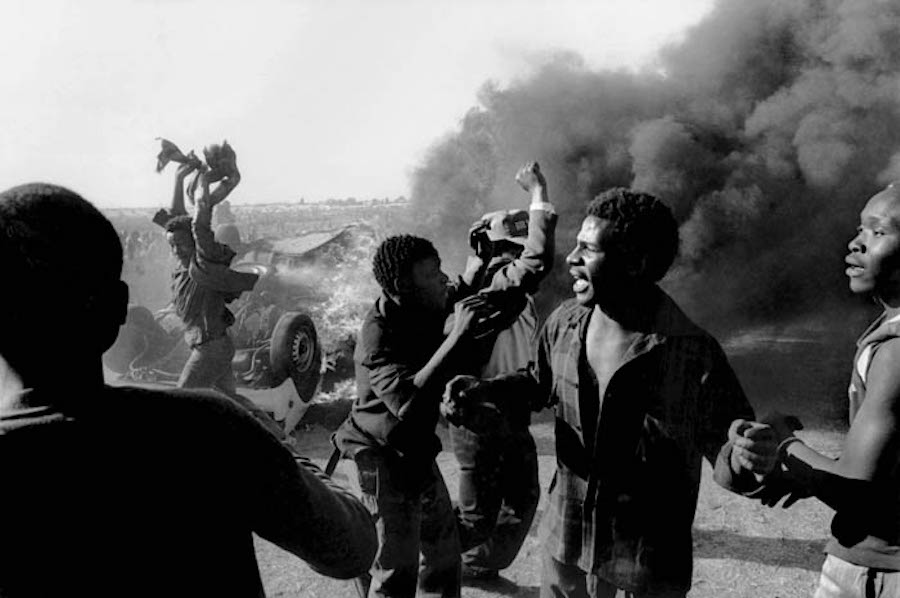 Within a context of spiraling poverty and inequality in South Africa, the lessons of uprisings in the 1980s are well worth revisiting. For millions of people, their socioeconomic demands remain unfulfilled.

“There is something about freedom that restores people’s dignity,” a former ANC comrade recently told me. “Dignity means many things. To walk with your head held high. To be taken seriously, to be respected. To have hope. And to be there, with the people.” For many who fought the South African apartheid regime in the streets, the workplace, and elsewhere, freedom meant both freedom from political oppression as well as freedom from poverty, inequality, all forms of discrimination, and the daily indignities of life under apartheid. Yet the current wave of protests and unrest, which has seen widespread looting of food and other goods, lays bare both the grinding poverty and deep inequality in contemporary South Africa—and the many indignities millions of people face in their everyday lives. This social crisis has deep roots: on the one hand, a toxic mix of neoliberal policies, austerity, factional politics, and corruption that undermine the effective functioning of some state institutions, and on the other, the legacy of socioeconomic deprivation and exclusion prior to 1994.

During the period of mass mobilization in the 1980s, socioeconomic grievances, such as a lack of affordable, quality housing and services, played a significant role in driving the struggle against apartheid. If the street came to symbolize political mobilization and moments of spectacular protest action, the home—both in its material form as shelter, and as a more abstract manifestation of belonging—was central to popular ideas of freedom. It signified a claim to the city and permanence in the face of apartheid social engineering that saw the black majority as “temporary sojourners” in the urban areas. And it was thought to provide dignity, safety, and comfort.

These struggles were at the core of one of the most significant moments of popular protest in recent South African history: the Vaal Uprising of 1984. On 3 September 1984, an increase in rent of R5.90 triggered a revolt that ushered in the insurrectionist period of the mid-1980s. On this day, thousands of young and old, women and men gathered outside different meeting points across the Vaal Triangle, a highly industrialized complex to the south of Johannesburg. Their aim was to march to the offices of the Orange Vaal Development Board at Houtkop, to demand the resignation of black local councilors—widely regarded as “puppets” of the apartheid regime—and to call for the scrapping of the latest rent increase. By then, a large percentage of households in the region were in arrears, as recession, escalating rent and service costs, and growing unemployment placed a severe strain on residents’ funds. What was meant to be a peaceful protest march escalated into violence when riot police and councilors shot at advancing crowds.

Yet while the revolt was initially triggered by bread-and-butter issues, the visions it produced were far from parochial. It reflected the search for an alternative political, social, and economic order. In the streets of the black townships of Sebokeng, Bophelong, and elsewhere, ordinary people dreamt of, and fought for, a free South Africa. Oral history interviews provide insights into the plurality of experiences, visions, and aspirations of this period, many of which were rooted in lived experiences. Popular ideas of freedom were shaped both by broader ideological concerns and everyday struggles over living standards, belonging, and collective care. This insistence on the collective—signified in the frequent reference to the people—was a hallmark of Charterist politics during the 1980s. To some extent, popular struggles were an enactment of the ideals of the Freedom Charter of 1955, with its vision of a society that would be equal, just, and cohere around popular democratic principles and the collective good.

In contemporary public discourse, the Freedom Charter is invoked by grassroots organizations once more when referring to the many challenges postapartheid South Africa is facing. While the government notes that approximately 3 million houses have been built nationally since 1994, and access to electricity and piped water has been extended, for many impoverished residents in the Vaal Triangle living conditions are dire. Streets remain untarred, unemployment is among the highest in Gauteng, and the recent wastewater crisis has created a severe health hazard. Poor maintenance of the sewage system has led to widespread spillage of human waste, which covers the streets and leads to an unbearable stench. A sense of disillusionment is palpable: “Our children want to hear nothing of the struggle [for freedom],” one comrade lamented to me.

An engagement with the significance of the uprising of 1984 does not only offer insights into the complexity of organic political ideas and how they relate to ideologies of the liberation movements. The plurality of visions and aspirations that emerged are also key in understanding contemporary struggles for dignity and “better life for all.” A close reading of historical sources and oral history interviews reveals that popular demands during the insurrectionist period of the mid-1980s included not only a demand for political power and economic change, but also a demand for an improvement of everyday living conditions: affordable, quality housing, secure tenure, jobs, subsidized rent for pensioners and widows, the tarring of roads, and quality education, to name a few. When millions of South Africans cast their vote for the first time in 1994, their expectations and demands on the state were shaped by the socioeconomic struggles of the 1980s. “We committed ourselves to having state programs that would get everyone out of poverty,” one former activist recalled. “I think the constitution falls short of my vision.” Within a context of spiraling poverty and inequality, the lessons of 1984 are well worth revisiting. For millions of people, their socioeconomic demands remain unfulfilled.